What is the future of the world? No, really! What is the future of our world? If you could see it through my eyes, it would be very clear. Our children are the future of the world. They hold the key that unlocks a new way of being. What is it that we don’t like from our current society, and what do we wish our political or spiritual leaders did differently? It all comes down to our embedded cycle of human values, and the nurturing paths we open for those behind us.

My name is Delssy, and I wish to change the world one kid at a time. There, I said it. As phony as it may sound for some of you, that is the mission of “The Shanti Method.” I am a behavior therapist with almost ten years of experience working with children of special needs and teaching families how to help their children to acquire new skills, as well as reduce unwanted behaviors. But when it comes to your own child, that’s when the real learning begins.  Aside from meaning “inner peace” in sanskrit, “Shanti” is my daughter’s name. In her short  four years of life, she has been the reason that keeps me in constant research for the best possible methods for guiding her, while preserving that inner wisdom every kid brings to this world. As impossible as this mission may seem while I write these words, I know some parents will resonate with the fact that OUR CHILDREN ARE THE EXTENSION OF OUR OWN DEVELOPMENT AS CONSCIOUS BEINGS, AND WILL REPRESENT US WHEN WE ARE GONE. Of course, this mission means nothing if I’m in it alone. But don’t worry, I have an endless source of inspiration to show you how this is possible. If one other parent or educator finds in “The Shanti Method” a useful guide for making a difference in a child’s life, I will consider my mission accomplished!

Welcome to The Shanti Method. 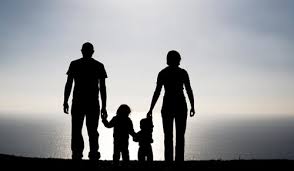 As you read through this article and start to identify the parenting style, or combination of parenting styles you were raised by, you will find that as a parent, you parenting style may resemble that of your parents.  You will also see how your own socioemotional health can be rooted to your  parents’ style. I hope this article helps you see the bigger picture in how your child’s social and emotional health can be greatly influenced by your parenting choices. Of course, the way you as a parent can influence your child’s future goes beyond what these parenting styles cover however, this is a good first chunk of information to share with you and broaden your view. Now read along and stay tune for more useful information as the “Shanti Method” begins to grow.

“Parenting style refers to the way in which parents choose to raise their children. The way that people parent is an important factor in their children’s socioemotional growth and development. In her research, Diana Baumrind (1966) found what she considered to be the two basic elements that help shape successful parenting: parental responsiveness and parental demandingness. Through her studies, Baumrind identified three initial parenting styles: authoritative parenting, authoritarian parenting, and permissive parenting. Maccoby and Martin (1983) later expanded upon Baumrind’s three original parenting styles by adding the uninvolved or neglectful style, which has the most pervasive negative consequences across all domains. While not every parent falls neatly into one category, these parenting styles generally correspond with the type of discipline a parent chooses to use with his or her child or children.

The way in which a parent interacts with his or her child is an important factor in the child’s socioemotional growth.

Authoritative parenting is generally regarded as the most successful approach to parenting because of its high level of involvement and balanced levels of control. Authoritative parents set realistic expectations and consistent limits for their children, and provide them with fair or natural consequences. Natural consequences are those that occur as a natural result of the child’s behavior (or lack of a particular behavior), with no intervention required; for example, if a child touches a hot stove and is burned by the heat, the burn is a natural consequence. Authoritative parents express warmth and affection, listen to their child’s point of view, and provide opportunities for independence. Parents set rules and explain the reasons behind them, and they are also flexible and willing to make exceptions to the rules in certain cases—for example, temporarily relaxing bedtime rules to allow for a nighttime swim during a family vacation.

In the authoritarian style, parents put a high value on conformity and obedience. The parents are often strict, tightly monitor their children, and express little warmth. These parents exhibit a large amount of control over their child’s decisions and behavior. Authoritarian parents set rigid rules with firm consequences; in contrast to the authoritative style, authoritarian parents probably would not relax bedtime rules during a vacation because they consider the rules to be set, and they expect obedience at all times.

Children who grow up in authoritarian homes often become anxious or withdrawn or suffer from self-esteem problems. Due to gender socialization, those raised as male may experience anger problems, while those raised as female may become dependent upon others for approval. Although these children may do poorly in school, they do not tend to engage in antisocial behavior for fear of their parents’ reaction. However, it is important to keep in mind cultural differences: different cultures respond better to different parenting styles than others (Russell, Crockett, & Chao, 2010). For instance, first-generation Chinese American children raised by authoritarian parents did just as well in school as peers who were raised by authoritative parents (Russell et al., 2010).

Permissive parenting tends to be warm and loving but lacks follow-through on setting limits or rules. Permissive parents tend to be overindulgent, make few demands, rarely use punishment, and allow their children to make their own decisions, regardless of the consequences. They tend to be very nurturing and loving and may play the role of friend rather than parent. These parents might be caught up in their own lives and therefore inattentive (although not neglectful) and exhibit little control over their children.

With the uninvolved style of parenting, the parents are indifferent and sometimes referred to as neglectful. They don’t respond to their child’s needs and make relatively few demands. This could be because of severe depression, substance abuse, or other factors such as the parents’ extreme focus on work. Neglectful parents may look to their children for support and guidance, and these children often end up “parenting their parents.” These parents may provide for the child’s basic needs, but little else; in more extreme forms of neglect, basic needs may not be cared for at all or children may be placed in harmful situations.

These children, much like those raised in permissive homes, tend to have myriad problems, but often the problems are often much more serious. Children raised in this parenting style are usually emotionally withdrawn, fearful, and anxious; perform poorly in school; and are at an increased risk of substance abuse (Darling, 1999).”